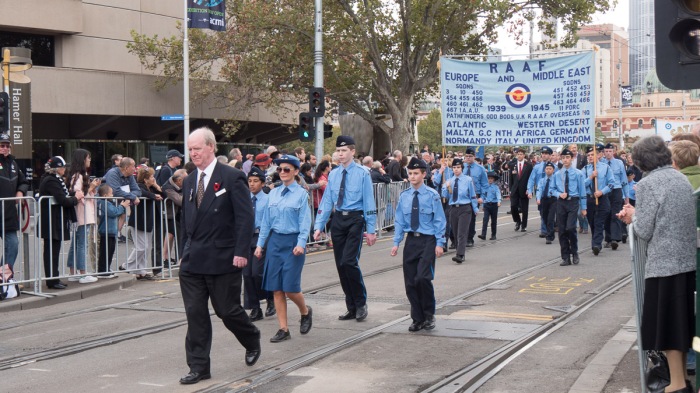 Chairman Paul Dipnall leads a contingent of Australian Air League cadets from the Niddrie Squadron along St.Kilda Road to the Shrine of Remembrance. 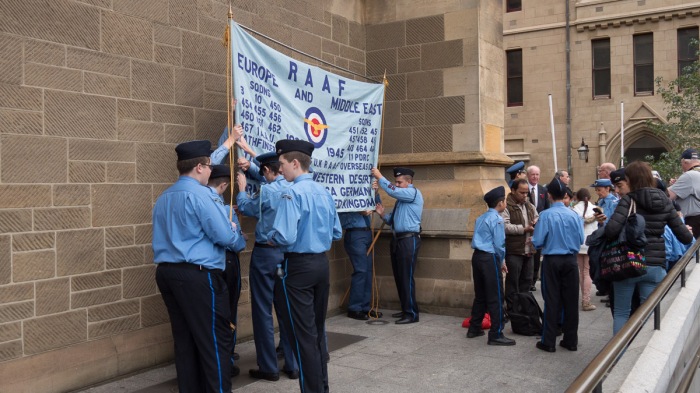 On the steps of St.Paul’s Cathedral waiting to form up. 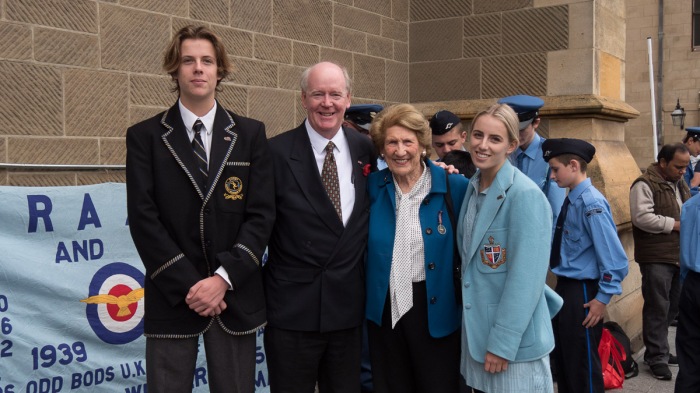 Chairman Paul Dipnall and Vice-Chair Jan Dimmick along with two of her grand-children Charlie in the uniform of Carey Baptist Grammar School and Anabelle in Geelong Grammar School uniform. 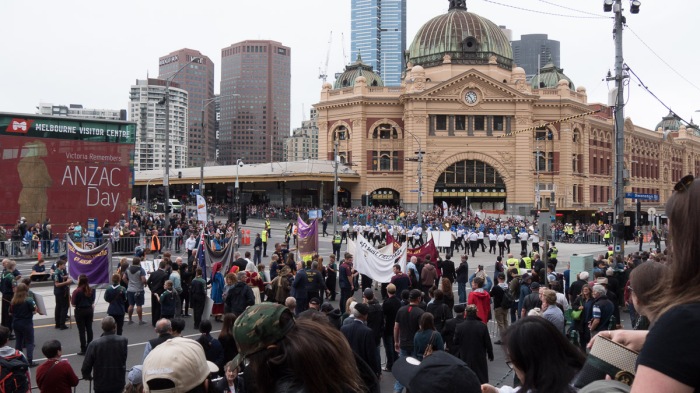 The iconic Flinders Street Station at the start of the march. 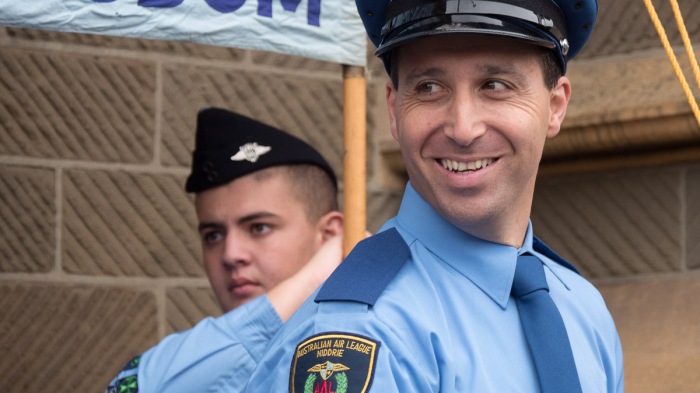 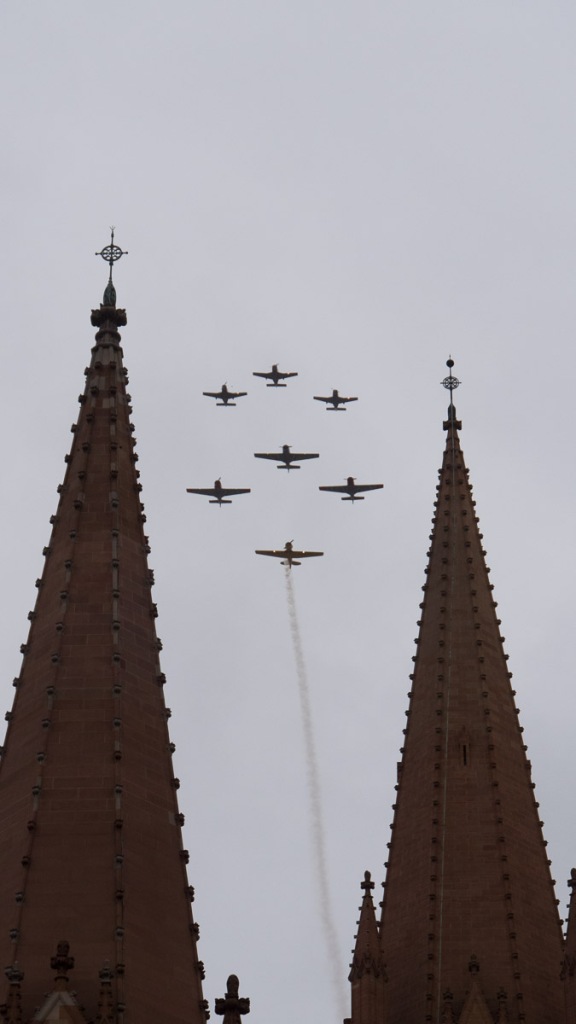 A flying tribute by CT4s, Winjeels and a Harvard from the RAAF Museum, Point Cook. 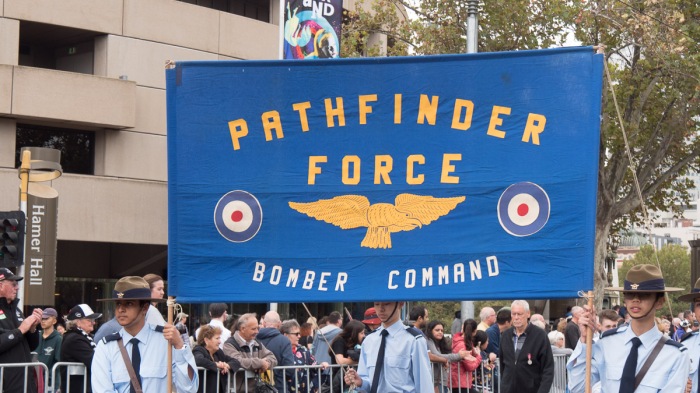 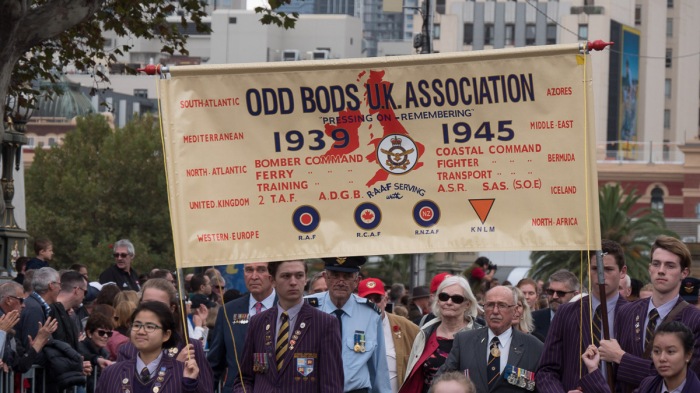 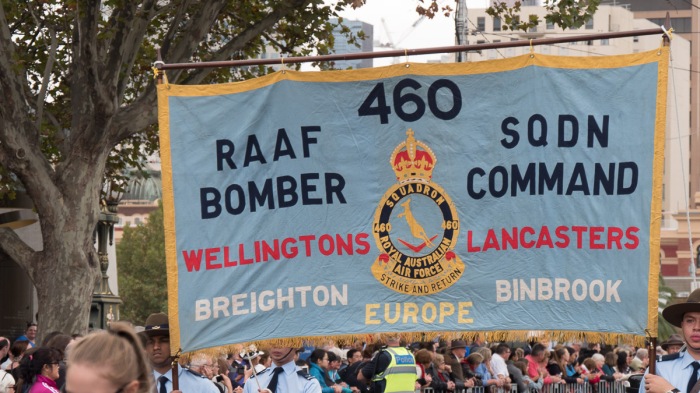 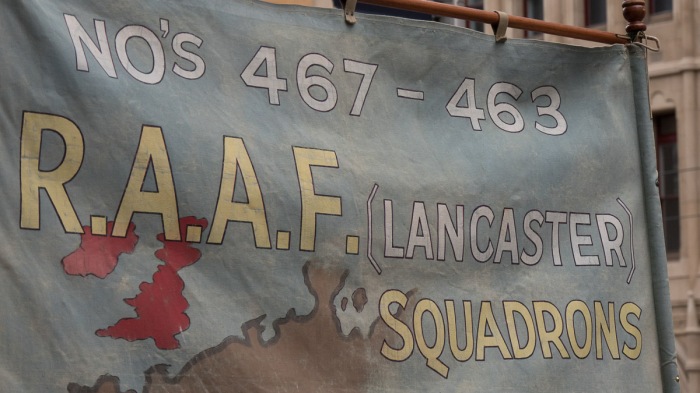