Wireless Operator Denis Kelly enlisted in the RAAF in 1942. Trained as a Wireless Operator/Air Gunner he was posted to England and flew in Lancasters with 467 Squadron RAAF.

His aircraft was shot down by a German night fighter with upward firing ‘Schrage Musik’ cannon. Les tells the story in this excerpt from an interview by Keith Webb for the Temora Aviation Museum’s Unsung Heroes project.

Denis evaded capture and finished the war with the rank of Flying Officer.

The McGregor brothers tell the story of Bomber Command in this brilliant documentary.

All Australians involved in the remarkable operation of May 17th 1943 are no longer with us, but we take a look at how the Australian commander of the RAAF in Europe, AVM Wrigley commemorated their exploits in his personal photo album compiled at the end of the war. 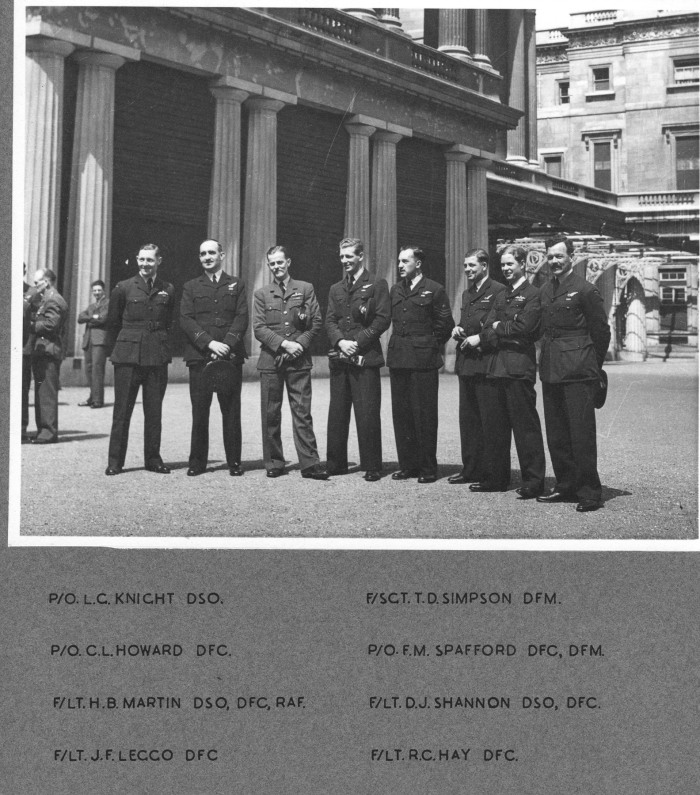 Dave Shannon was played in the Radio serialisation of the Brickhill book by Rod Taylor. 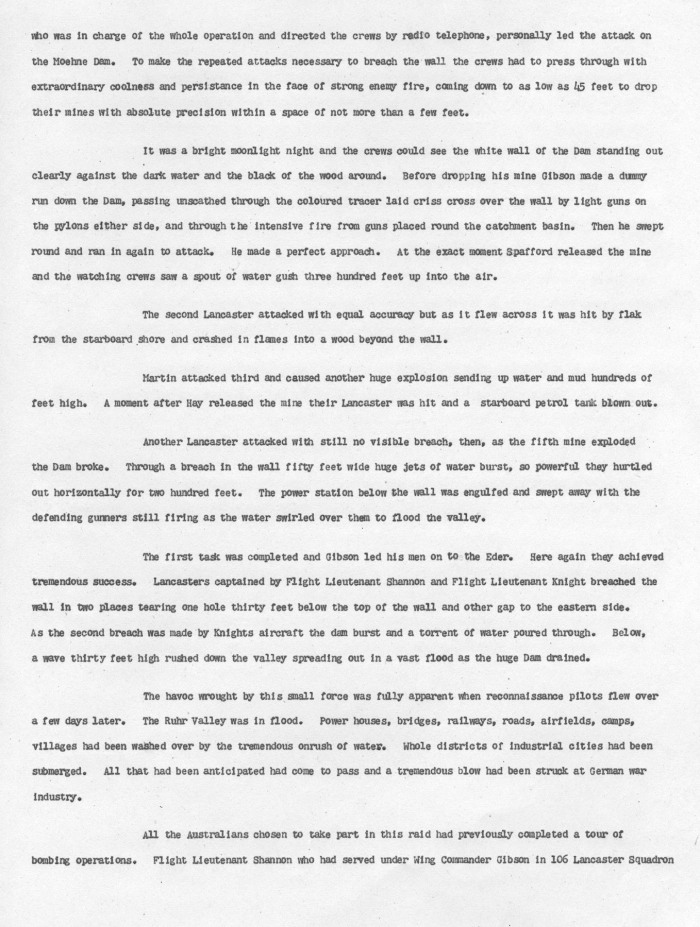 In 1943 the late Peter Isaacson AM DFC AFC DFM and his crew flew a brand new Lancaster from England to Australia travelling from East to West. Once in Australia they embarked on a War Bonds fundraising tour of Australia and New Zealand. This was about a year before the famous G-Gorge now in the Australian War Memorial was flown here.

Here’s the page from Peter’s logbook with that flight underlined in red.

A photo from the day before with Peter as best man to his navigator whom he mentions having to wake up.

Image Control made an ANZAC Day documentary for Channel 7 in 2002 and part of this was Peter’s story of flying ‘Queenie VI’ under the bridge in October 1943.

From an interview by Keith Webb with John done in September 2017 about the Special Duties squadrons. See also ATVARA joins BCCAV

From an interview by Keith Webb with John done in September 2017 about the Special Duties squadrons. See also ATVARA joins BCCAV